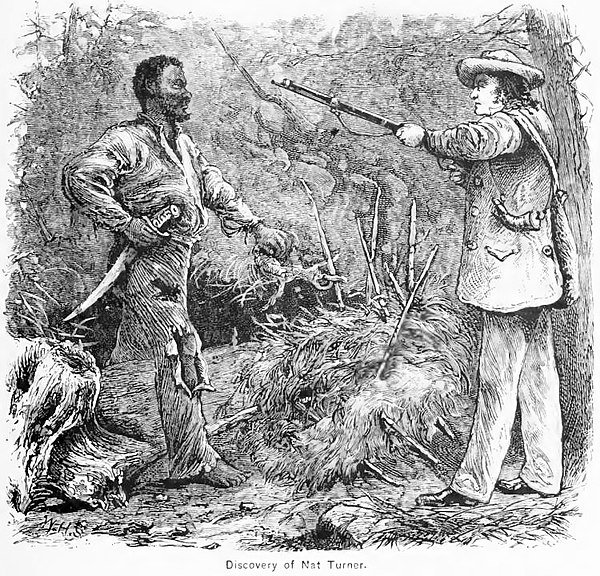 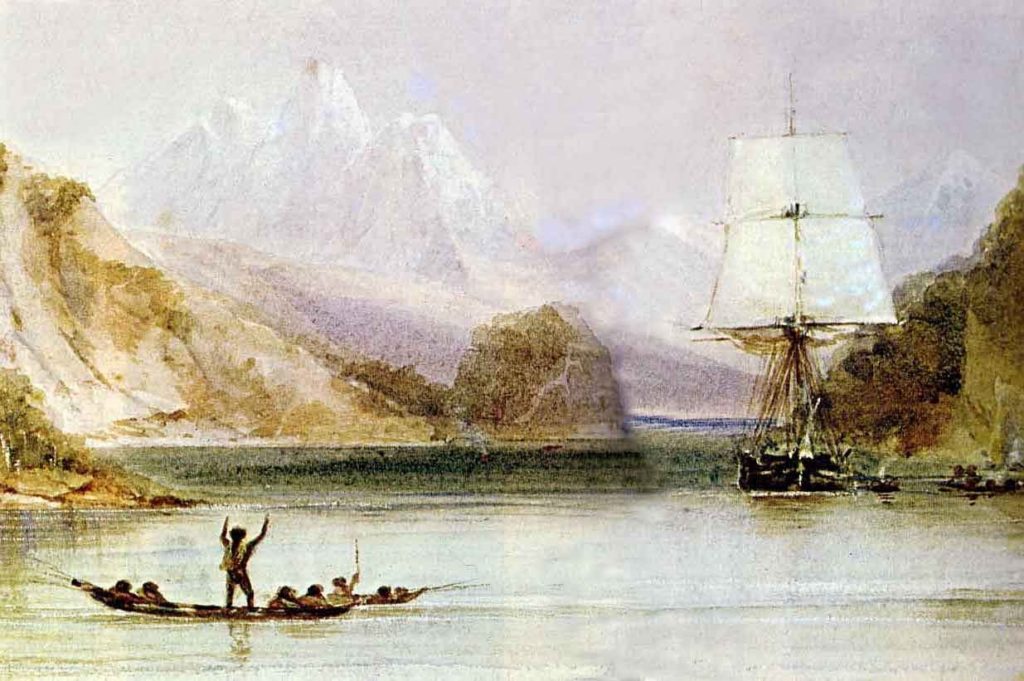 December 27th 1831: Charles Darwin began his voyage on the HMS Beagle. Darwin sailed to South America and the Galapagos Islands to study biology. From the information gathered on this trip, Darwin wrote “On the Origin of Species” where he proposed the theory of evolution and natural selection. 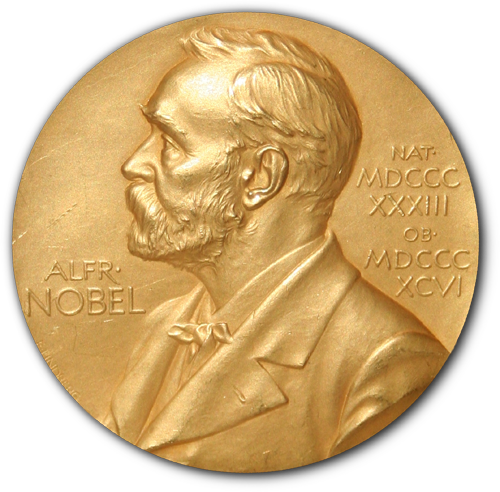 October 21st, 1833: Swedish inventor and chemist Alfred Nobel was born. Nobel’s most prolific invention was dynamite. After his death, Nobel bequeathed his vast fortune to found the Nobel Prize which, to this day, is awarded to “those who, during the preceding year, have conferred the greatest benefit to Mankind.” 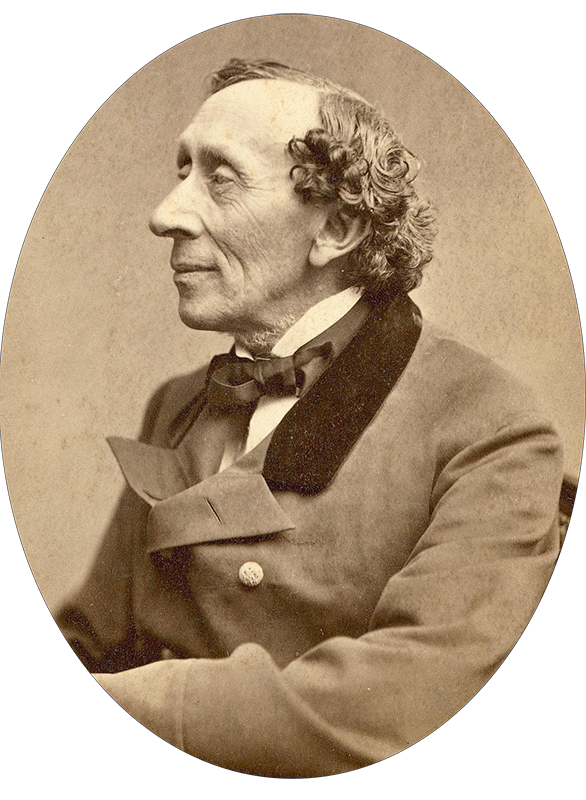 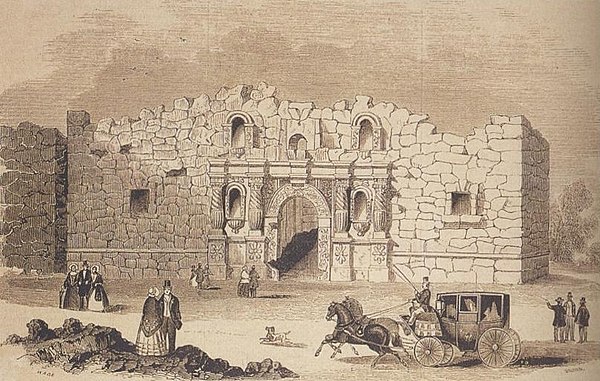 The Siege of the Alamo Began

February 23rd, 1836: The siege of the Alamo Mission began. The thirteen-day siege was a turning-point in the Texas Revolution. Although most Texans who were occupying the Alamo Mission were killed in the eventual attack, the loss of life inspired other Texans to join the revolution and eventually gain independence. 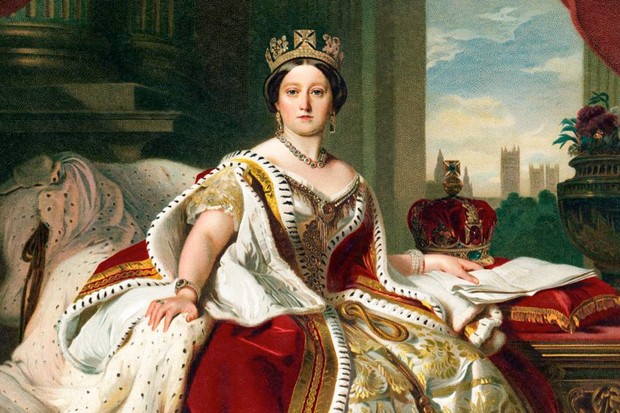 Beginning of the Victorian Era

June 20th, 1837: Queen Victoria began her reign over the United Kingdom, Great Britain, and Ireland. Her reign marked the beginning of the “Victorian Era,” which was known in the United Kingdom as a time of expansion of industry, science, and reach of the British Empire. 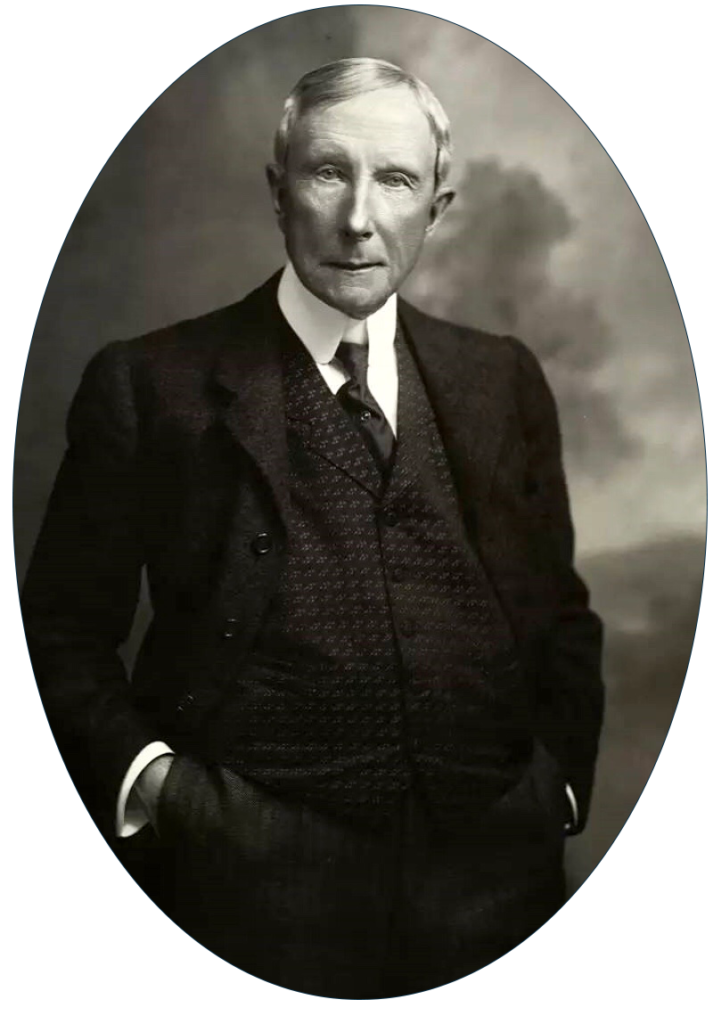 July 8th, 1839: John D. Rockefeller was born. Rockefeller would go on to create the Standard Oil Company, which controlled 90% of the oil in the world. He was the wealthiest man in American history with a net worth of $900 million (approximately $423 billion today with inflation considered). 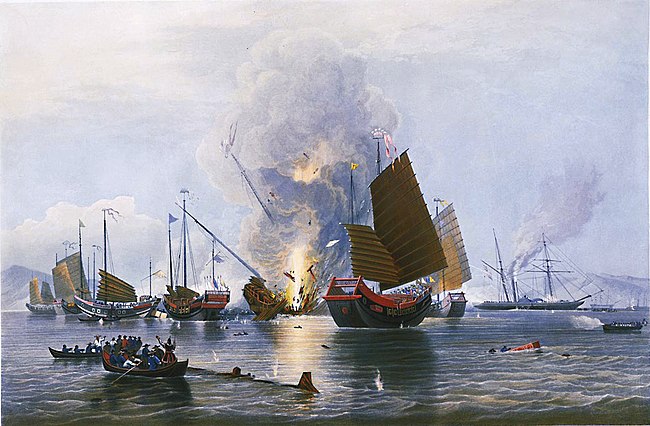 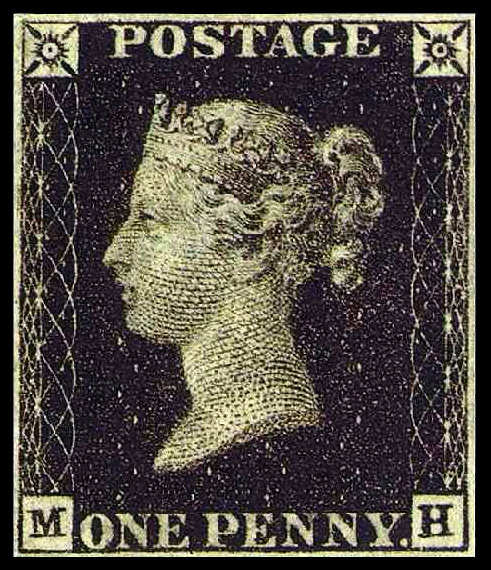 May 1st, 1840: The first stamps were issued in England and Ireland featuring an image of Queen Victoria. Englishman Rowland Hill proposed the idea to create paid postage “by using a bit of paper just large enough to bear the stamp, and covered at the back with a glutinous wash…” 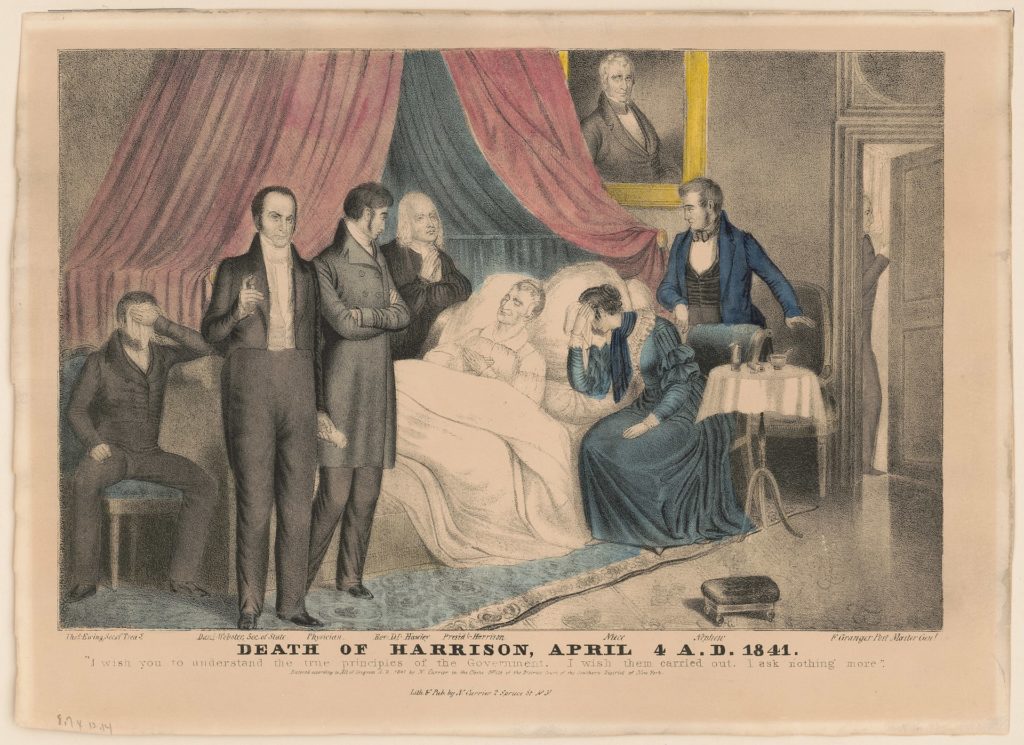 April 4th, 1841: William Henry Harrison died after only serving 31 days as US President. His death was attributed to an illness caught while reading a lengthy speech his inauguration, which was on a cold and rainy day. Harrison holds the record for shortest time served as US President. 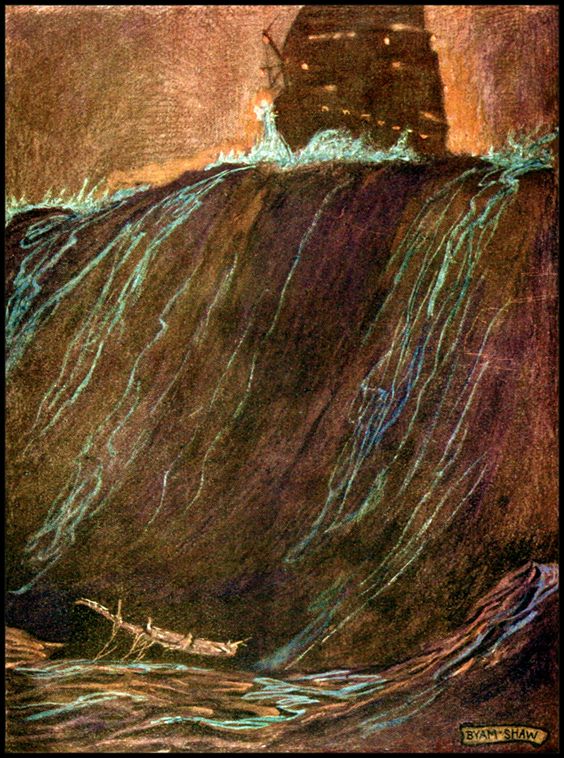 October 19th, 1833: Poe’s short story “MS. Found in a Bottle” won a literary prize and was published in Baltimore’s Saturday Visiter Awards. This was considered to be one of Poe’s first literary successes. 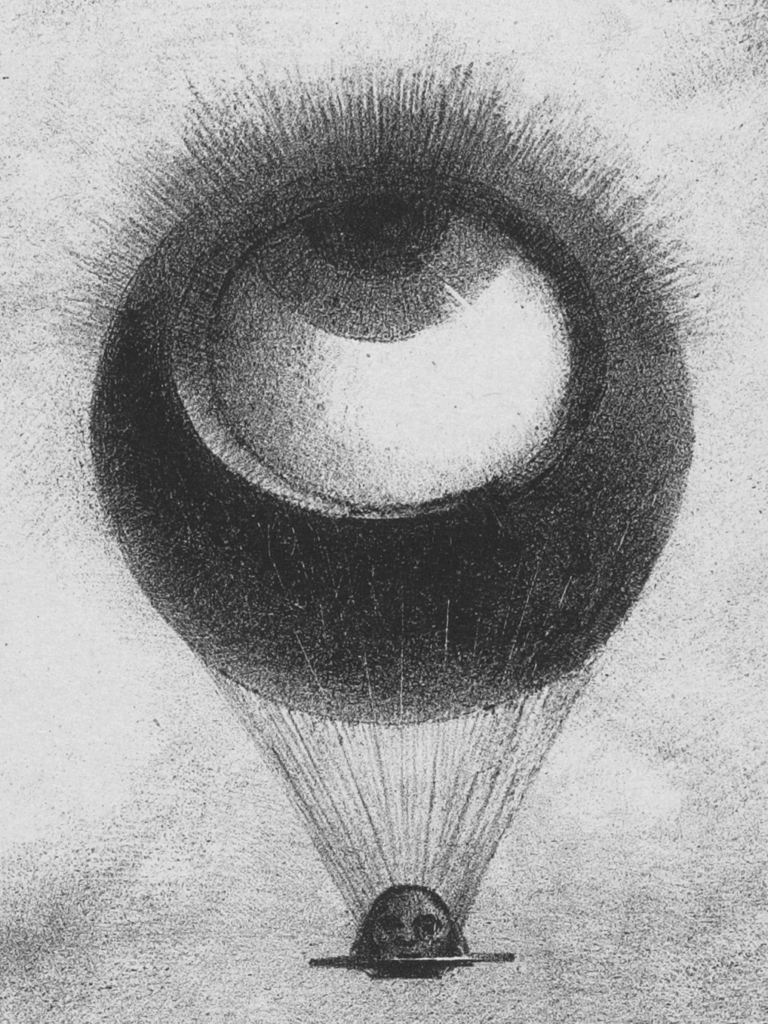 June 1835: The Southern Literary Messenger published Poe’s short story “Hans Phaal, A Tale”. It was considered to be one of the earliest modern science fiction stories. The story imagines a future where people can ride hot air balloons to the moon. 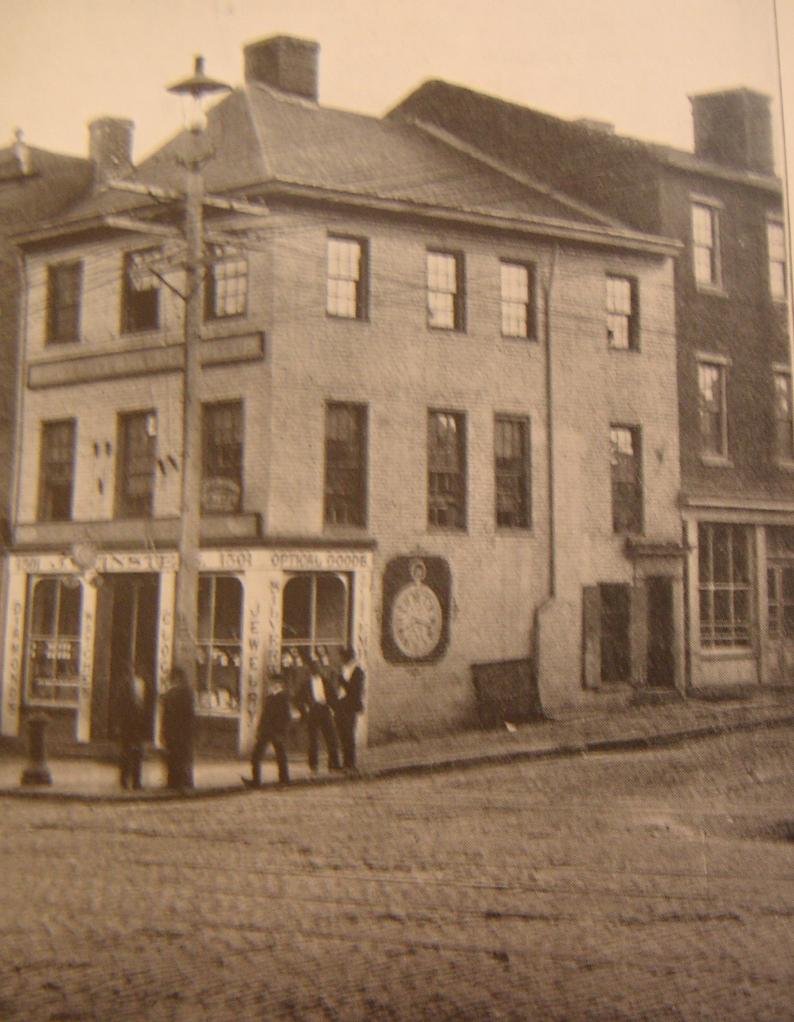 August 1835: Edgar Allan Poe moved back to Richmond to join the staff of the Southern Literary Messenger. 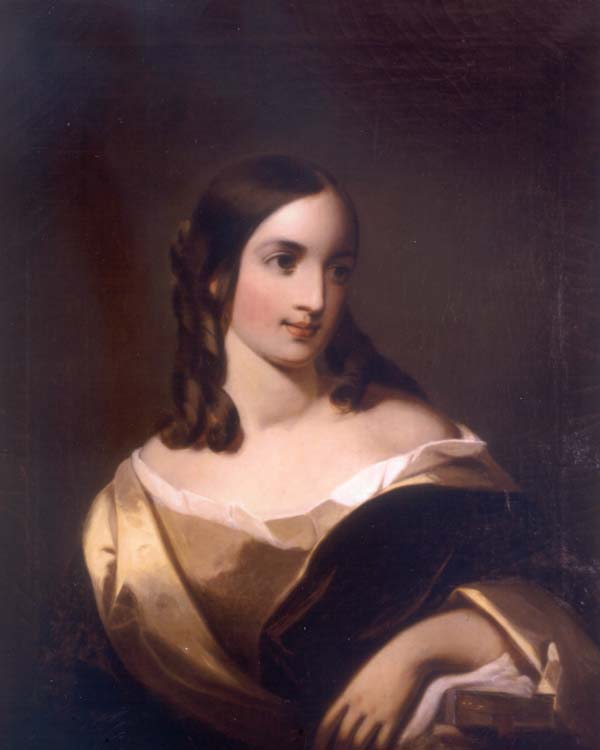 May 1836: Edgar Allan Poe married his cousin, Virginia at the Yarrington Boarding House in Richmond, Virginia. She was 13 years old, he was 27. 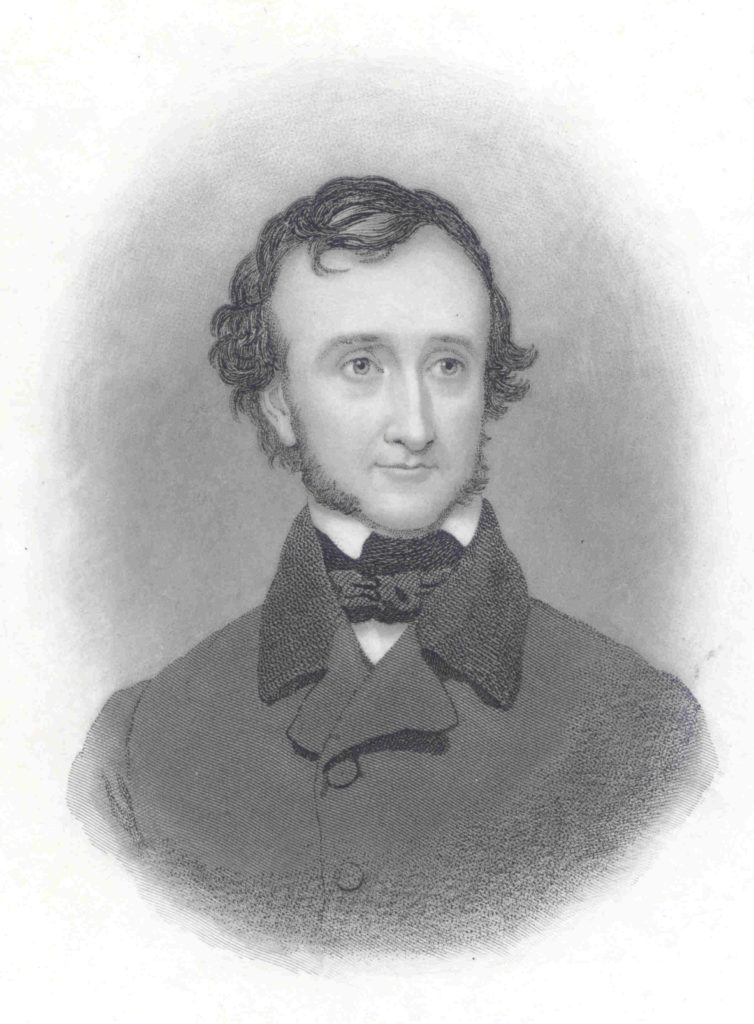 January 1837: Edgar Allan Poe resigned from the Southern Literary Messenger and moved to New York with his new wife Virginia, and his mother-in-law Maria. 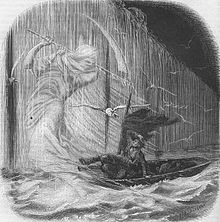 Poe Published His Only Novella

July 1838: After moving to Philadelphia with his family, Poe published his only novella “The Narrative of Arthur Gordon Pym of Nantucket.” 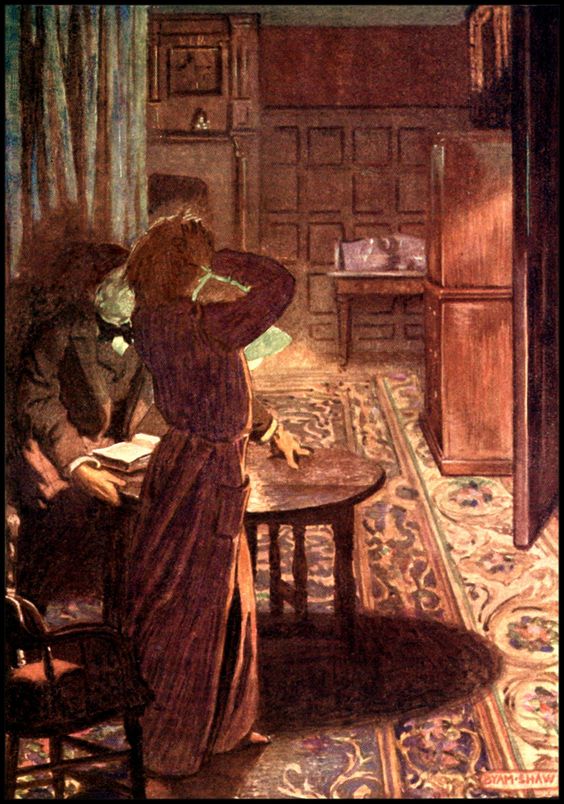 September 1839: Edgar Allan Poe became the assistant editor of Burton’s Gentleman’s Magazine, based in Philadelphia. Poe then published a collection of previously published works, including “The Fall of the House of Usher.” 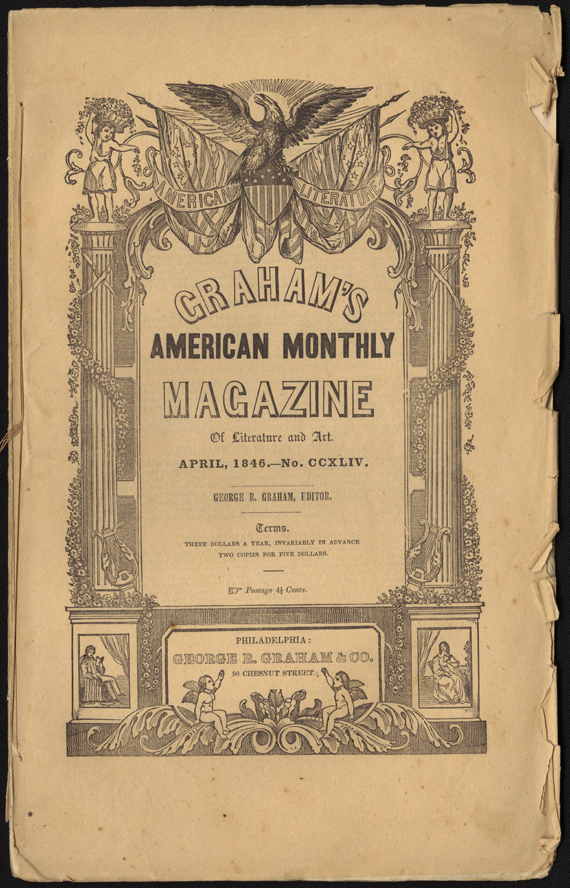 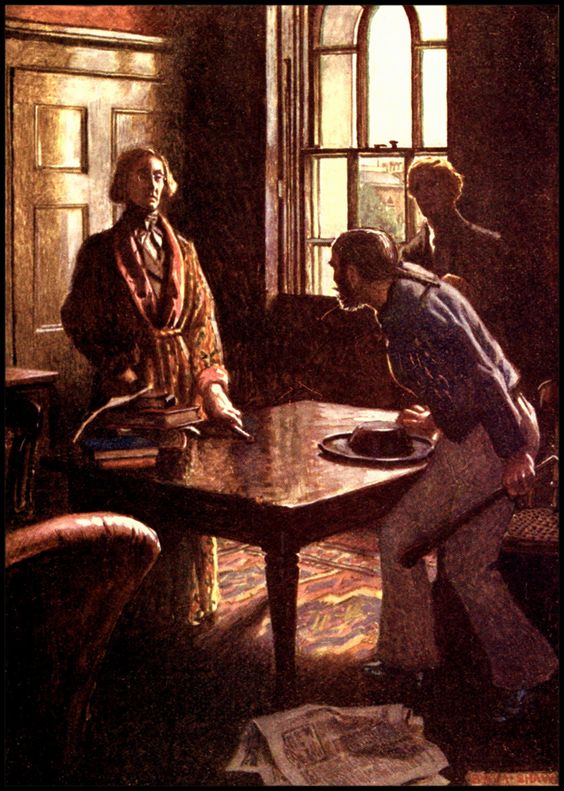 April 1841: Poe published “The Murders in the Rue Morgue” in Graham’s Magazine. This story was the first example of the “detective” trope. Famous literary detectives like Sherlock Holmes or Nancy Drew are literary descendants of Poe’s detective C. Auguste Dupin.